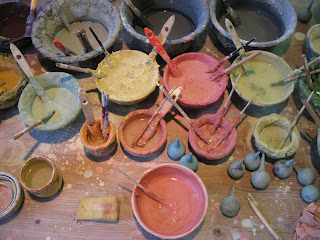 Today to the pottery studio where I haven't been in several months. It was tricky (délicat) getting back to work. About two years ago, I began decorating bowls (bols) and plates. They started to sell so I did more and more. Now I have a small line of work which I peddle here and there (ici et là). 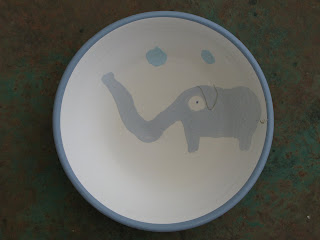 I made a series of forlorn (délaissé) looking elephants with long weird (bizarre)  trunks. It doesn't always work but I have learned to just keep going forward no matter what. This whole project stabs my perfectionist demeanor which thrills the little guy living deep inside me. He has been suffocating under the weight  of an outmoded system (dépassé) all his small life. Its been a marvelous way to break free of so many crippling mental habits (habitudes) developed when I was very young.

On television have been several documentaries devoted to the fall of the Berlin Wall (La chute du mur)  which will celebrate 20 years in a few days time. I think its the great metaphor of the 20th century. I confess to feeling tears (les larmes) slip down my cheeks (joues) as I watched so many images of a people who demanded (exigé) their own freedom, and, who forced it to happen. I don't know why but it really affects me. 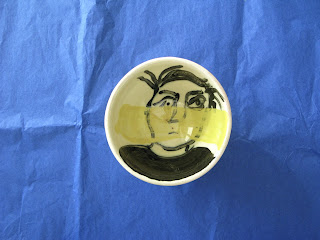