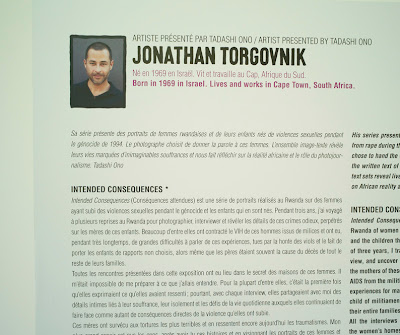 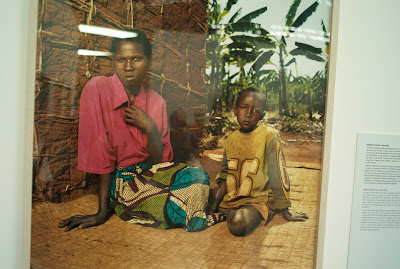 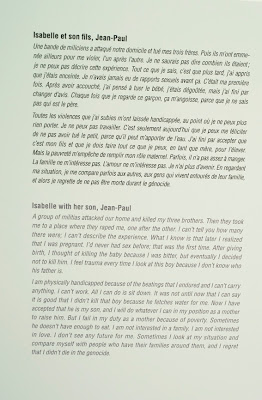 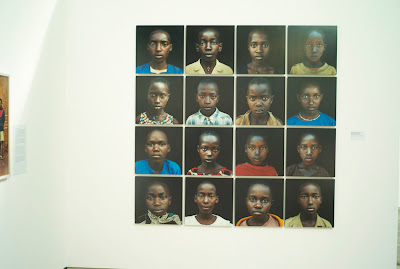 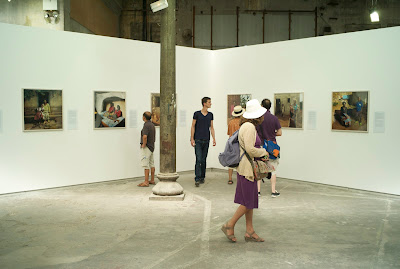 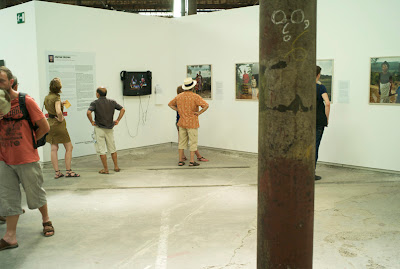 Here an exhibition by South African based photo-journalist Jonathan Torgovnik which chronicles the aftermath of the genocide in Rwanda in 1994, specifically, the Tutsi women who bore children after being raped by Hutu militiamen. These are portraits of women,(with their children), whose bodies were brutalized, often over and over again during those few months of barbary. They are moving portraits which reduced the exhibition space to the sound of whispered murmurs and shuffling shoes. It's a tale of extreme poverty and of survivors who bore and raised children not wished for. Its also about how they are still coming to terms with what happened, and how many of them have learned to love these children eventually.

A text accompanies each photo describing how it happened for each woman.

Curiously, in America, at this very moment we have politicians who actually use the term 'legitimate rape', whether by accident or slip.