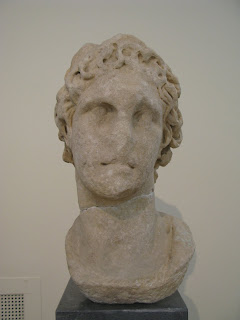 Everyone has an opinion about it... about him. My feeling has been that it will somehow be the issue which stirs (faire grand bruit) everyone this winter. It is already a (cause célèbre) around the world but especially so between France and The United States (les Etats-Unis), I am referring to L'affaire Polanski. All of the well-connected (Les People) in Paris have pretty much come out in his defense, in the political sense, that is. Two Ministers of the government:  Frederic Mitterand (Culture et de la Communication) and Bernard Kouchner, (Minister of Foreign and European Affairs) have both spoken out against the American legal system over this extradition process. (procédure) I confess that I haven't heard exactly what Kouchner said but I did hear Mitterand who insinuated that the dark side of America was popping out of its pants, (so to speak).

My first thoughts were for Polanski's family, his two young children and his wife. They are the innocent ones in all this. Secondly, I wondered just how the Swiss could get it so wrong? It is amazing to me that someone, somewhere, didn't warn Polanski that he would be arrested this time around if he showed up in Zurich. It would have saved them a load of headaches. (beaucoup d'ennui). At the same time I am not suggesting that I think he shouldn't be sent back to face the music like everyone else who has skipped after a conviction has been handed down.

What is amazing (étonnant) is to see how many Stars (vedettes de cinema) on both sides of the Atlantic have aligned themselves with Roman Polanski, the artist (and criminal), rather than to Roman Polanski, the person and friend, certainly.
They appear to have thrown away their values, at least temporarily (provisoirement). Interestingly enough, the polls (les sondages) in both France and America, are running almost parallel to one another at around 70% in favor of him returning to America. The women are on the forefront of this, understandably. I have read some remarkably lucid comments by many who are in favor of his extradition. On the other hand, (en revanche) I have read some really dumb (con) things imaginable by many of Hollywood's best and brightest. Go figure.